Why We Hate Jesus

I dare you. The next time you have dinner with friends, enthusiastically tell them that God recently answered your prayers. (That is, if you are dining with atheists, agnostics or even Christians.) Most will look at you and nod in agreement or out of politeness. Some might even ask you to elaborate or offer an anecdote of their own. Friends will eat, laugh and the chatter carry on easily. Then, pick up the conversation again and mention that Jesus did something wonderful for you.

The room will go silent. You will feel shivers go up and down their spines and no one will know how to respond; for one good reason. Talking about God is almost socially acceptable, but say the name Jesus, and folks cringe. This phenomenon has always intrigued me. Why is it that speaking one name of the same deity is easy, but using His other name stops conversations dead? We know that this is biblical. After all, Jesus said himself that He will be a stumbling block. I get that. Those who love him will say that they try to follow his teachings, ask him for guidance and believe that it is through Him that we come to know the Father. To those who want access to God without reconciling the person of Jesus, this doesn’t sit well because when we keep God vague, He can be all things to all people. Or at least He can be what we want him to be. This is crucial to those with a faith who don’t want to deal with Jesus because it allows conversations to be smooth and friends to feel connected on a spiritual level no matter what their faith is. One can worship God who is part Buddhist, part Jew, part Hindu or part whatever a person sees Him to be. When God is this broad, those who worship different parts of Him can stay connected. There is no dissension or conflict and everyone can get along.

But believing that Jesus is God Himself becomes a game changer. If God is Jesus, He can’t be part anything other than Yahweh. He isn’t Allah, Buddha, Joseph Smith or anyone else. That puts us who say we are Christians in an entirely different camp and this makes us and others uncomfortable because then, at the dinner table, we must explain not only why we believe that the God whom we worship is the same person as Jesus, but it also makes us say that we don’t believe what they believe. Commonality in our spirituality goes out the window and suddenly we are at odds with them- our friends.

The fact that Christians follow a God who claims that He is still alive in the person of the Holy Spirit carves us out of the religious pack because no other faith believes this. Muhammad, Joseph Smith and Buddha are dead and as far as I can tell, they never came back to life. Hindus don’t have a living deity and those who follow the God who is all things to all people don’t believe that He came back from the dead either. He couldn’t have, they feel, because if He really did, then they are stuck confronting Jesus again.

The real dare for each of us is this: are we willing to stop conversations because we love the One who came to us, died for us and who pulled out the sword and said, “By believing in me you will appear different, a kind of freakish and foolish.” I don’t know about you, but even political correctness has eeked its way into my religious psyche and telling folks that the Christian faith is not like theirs is no fun. I want people to like me. But when I fail to speak Jesus’ name and use God instead, I know exactly what I’m doing. I’m fudging. So why do I (and other Christians) do this? Is it because we really don’t like Jesus that much, or that we’re embarrassed by him?

I don’t think so. I believe that the real problem stems from the fact that we really don’t like ourselves very much. Those who are secure, self confidant and at peace, speak their minds. They do so lovingly but they do it. Those of us who grapple down deep with who we really are find that we don’t want to say anything offensive lest we alienate our friends. Perhaps then, the reason that we hate saying the name Jesus has very little to do with him. It comes from our minds which have been so worked over by our culture to avoid doing, saying or thinking anything offensive that we have become genuine unadulterated cowards.

I don’t know about you, but this isn’t something I ever wanted to be so I intend to correct it. The next time I am tempted to say “God” I will say “Jesus” instead. Halted table talk can be OK with me. What about you? 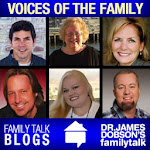